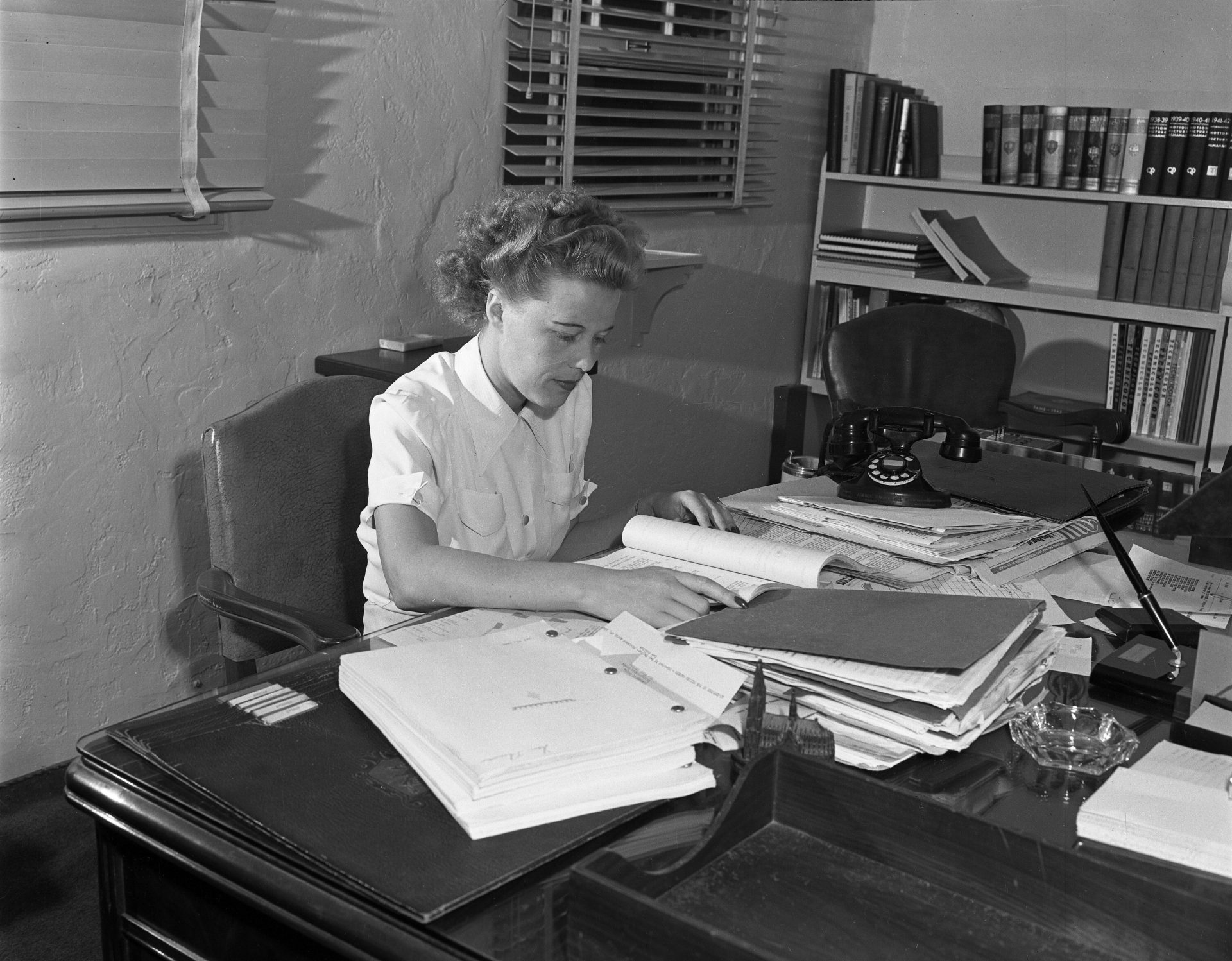 Recent revelations of discrimination and harassment have raised awareness about the tremendous challenges women face as they try to maintain, let alone advance, their footing in the entertainment industry. The #MeToo movement has been critical for mobilizing large-scale change. But it’s all too easy to get caught up in the moment and forget Hollywood’s powerful, rich history of women’s resistance. We owe an enormous debt to those who have fought — and often won — the good fight over many years.

Studio-era producer Joan Harrison was one of these trailblazers. She not only recognized the double standard but took a stand against it, often jeopardizing her considerable status and her next contract. In October 1944, Harrison penned the article, “Why I Envy Men Producers” for an anniversary edition of the Hollywood Reporter. With tongue in cheek, Harrison pointed out that no woman could get away with the same behavior as a male executive.

“They all have casting couches,” she stated. Furthermore, men “can report to the office looking like the shadow of roaring evening without giving it a second thought–or others tossing them a second glance.” She rattled off a long list of suitable male indulgences that would sabotage a woman’s career:

-taking an afternoon off to spend at the races;
-droning on with their “racy stories”;
-smoking cigars;
-swearing “blank-blanks” with abandon;
-resting their feet on their desk while giving dictation;
-and wearing “a hangover to the morning rushes.”

Harrison was savvy enough to know that the best offense was a good defense. To this end, she concluded her article with a twist, highlighting all the reasons she preferred to be a woman. Not immune from the stereotypes of her day, it was here that she slipped into cliché. She liked, for instance, not being required to fix a broken fuse or pick up the check at dinner (though I suspect she covered her own tab plenty of times). But more than anything, she appreciated that she had a woman’s prerogative to change her mind. There were few people in 1940s Hollywood — men or women — who knew their own mind better than Joan Harrison.