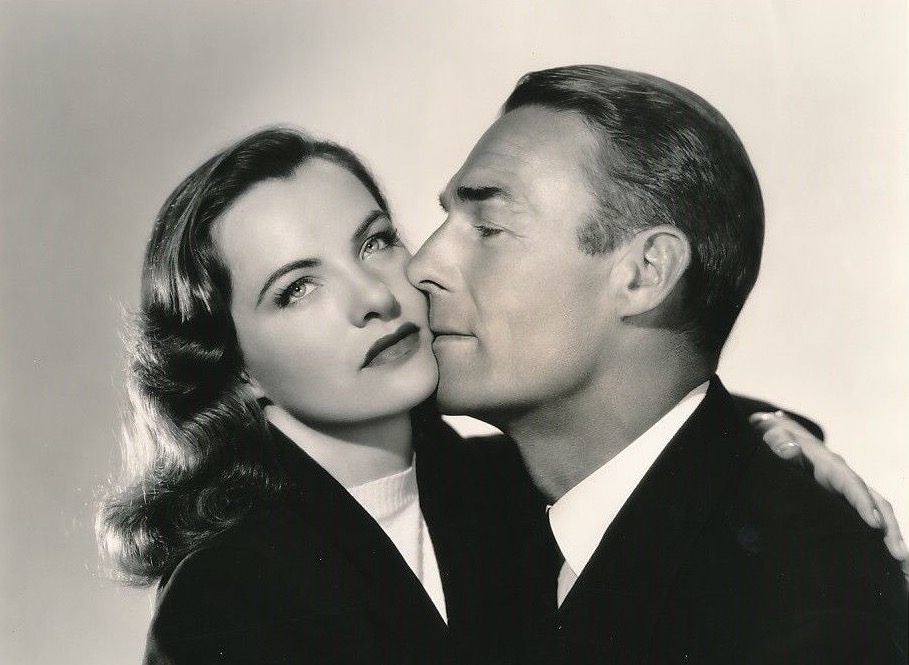 Continued from part one.

Hawks began grooming Raines for her debut in Corvette K-225 (1943), which he asked friend Richard Rossen to direct. He coached her on how to pose, move, and deliver lines for the camera and helped direct her early scenes with co-star Randolph Scott. Though Rossen was a friend, it didn’t stop producer Hawks from rudely inserting himself into nearly every step of the process, from rewrite sessions to lighting and makeup. “On the first morning,” Raines recalled, “he was there with me in hairdressing and he didn’t like what they were doing, so he took a hairbrush to my hair. He said, ‘I want her to look natural.’”1 With Hawks’ interference, the production schedule and budget for Corvette K-225 were both double what was expected.2

These losses didn’t add up to much, in comparison with the profit that Hawks and Boyer made when they sold their interest in Raines to Universal. B-H’s first “property” sold for one million dollars. According to a Life Magazine headline, the “Pretty Young Star Began Her Career by Being Incorporated for $1,000,000 by a Production Firm.”3

As Corvette went into post-production and Raines made her exit from B-H, Hawks’s affections began to turn cold. The “quiet-tied” but dapper Feldman, a notorious womanizer who apparently shared Hawks’s fascination with Ella, saw this as a perfect opening. When he made his sentiments known, the actress was receptive. If she had been swept off her feet by Hawks, nothing prepared her for the passionate intensity of this next affair.

Feldman’s wife, starlet-turned-photographer Jean Howard, saw it right away. The Feldmans had enjoyed a glamourous marriage in Hollywood, hosting lively parties for the likes of Claudette Colbert, Greta Garbo, John Wayne, Marlene Dietrich, and Gary Cooper. Howard had always found it possible to look the other way when it came to her husband’s indiscretions; she had enjoyed infidelities of her own. But, in this case, she failed. Even if she had wanted to, according to Jean Howard, she would have had a hard time. So overpowering was the affair, her husband was incapable of hiding it. She recounts finding a tie clip on Feldman’s dresser with the inscription, “For Keeps, E.R.” “And I thought, Who in the hell is ‘E.R.’? Well it turned out to be Ella Raines.”4

Raines was no passive object of exchange between male players. The gesture of the tie clip gives an indication of her direct personality. Her father’s daughter, she had grown up fishing, skiing, mountain-climbing, and horseback-riding. Off-screen she was often forthright and fiery, as well as (according to her daughter) “fun, playful, passionate, [and] intelligent.”

Joan Harrison no doubt noticed these qualities right away when she first encountered Ella at Universal. She perceived what many who played her Pygmalion seemed to miss: Raines was more than capable of embodying a robust character like Phantom Lady‘s Kansas. It’s a credit to Harrison that she saw Raines in all of her complexity. When she cast Raines for the lead in Phantom Lady, she made a wise choice. What’s more, she made a friend for life. Harrison and Raines would go on to collaborate on The Strange Affair of Uncle Harry (1945) and the Janet Dean, Registered Nurse television series.