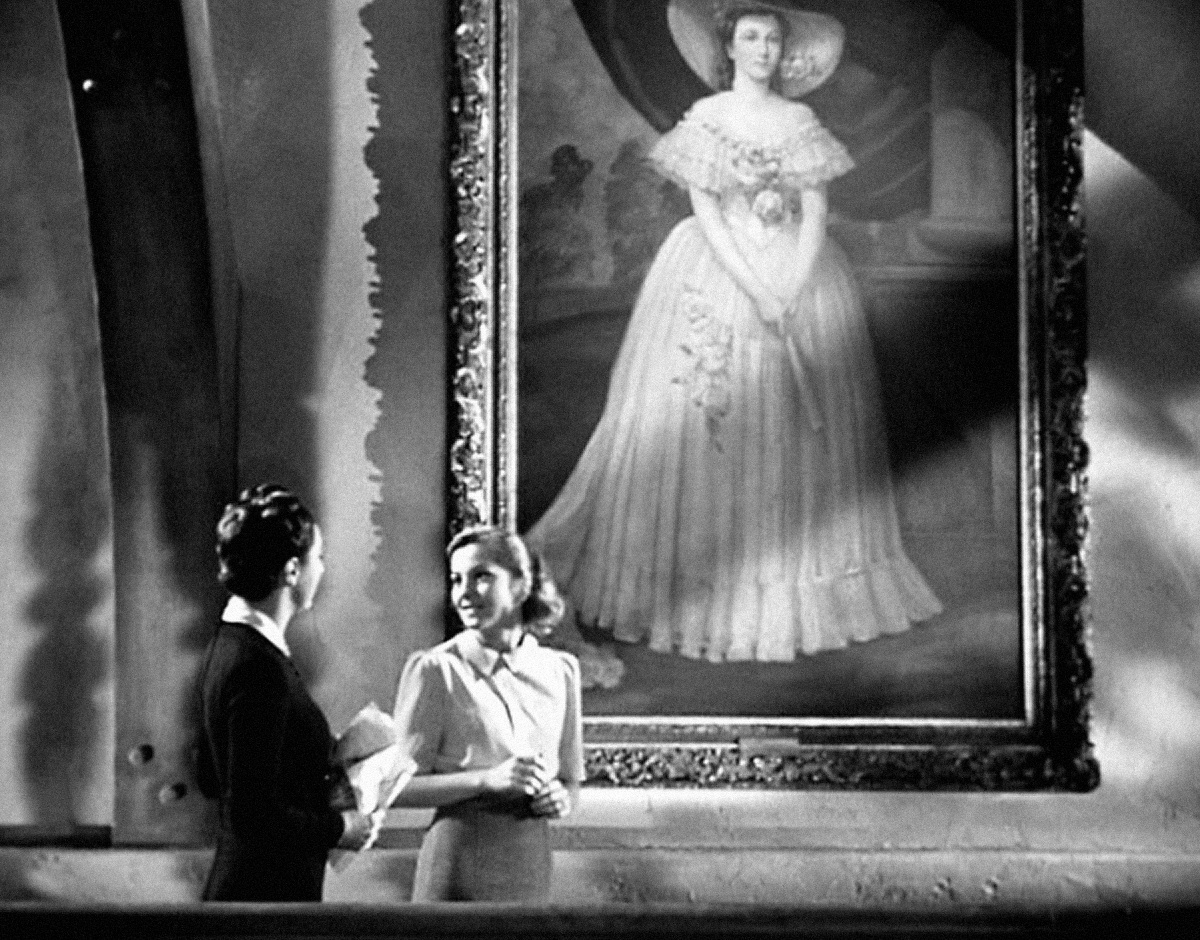 As she made the crossing to America with Alfred Hitchcock, his wife Alma Reville and their daughter Patricia, Joan Harrison already had impressive achievements for someone who had been in the film industry for only five years. Prior to co-writing Jamaica Inn (1939), she had been involved in the development of five films, including The Lady Vanishes (on which she essentially functioned as a producer). Yet the first Hollywood venture, Rebecca, promised to be special.

Harrison had spent the past year bringing along this adaptation of the bestselling Daphne Du Maurier novel. The gothic tale had been her favorite kind of story growing up. She knew her target audience — young literary-minded women with a bent toward mystery and true crime — because she identified with them.

In Rebecca, an unsophisticated young woman who is traveling along the French Riviera as a paid companion meets aristocratic widower Maxim de Winter and falls in love after a brief courtship. Once married, the woman (who remains unnamed in both novel and film) accompanies De Winter to his ancestral home in Southwestern England. Confronted by constant reminders of Maxim’s deceased wife’s beauty and superiority, and contending with her husband’s inexplicable moods, she becomes increasingly insecure. Her anxieties are fueled by the hostile behavior of the head housekeeper Mrs. Danvers, whose high regard for the first wife borders on obsession. As I write in Phantom Lady, the second Mrs. De Winter was “a woman who felt like a girl, a mansion mistress who felt like a maid.” Yet she finds unexpected inner strength when Rebecca’s corpse surprisingly turns up and Maxim becomes the prime suspect in his first wife’s murder.

Harrison wasn’t alone in seeing screen potential in Rebecca. While she was courting Du Maurier in hopes of convincing the author to sell rights to Hitchcock at a low rate, American independent producer David O. Selznick, head of Selznick International Pictures, and his East Coast story editor Katherine “Kay” Brown, were also campaigning on Hitch’s behalf. Based on the Rebecca galleys, Brown was convinced the book was an ideal follow-up to Selznick’s Gone with the Wind. It took several months —and great persistence on the part of both Brown and West Coast story editor Val Lewton — to persuade the producer not only that Rebecca was worth making, but that Hitchcock was the right hire for the job.

By the time they arrived in America, Joan had been working on the Rebecca script for six months with Reville, Hitch, and screenwriter Michael Hogan. The British Hogan was a good friend of the Hitchcocks who had previously collaborated with Reville on the screenplay for The Passing of the Third Floor Back (1935). Harrison and the Hitchcocks arrived in Los Angeles in April 1939 with a 90-page treatment — a draft that ran somewhere between a typical treatment and a full-length screenplay.

It was time for Selznick to select a writer from his studio to add to the team, at which point he considered a number of names including Ben Hecht and Clemence Dane (pen name for Winifred Ashton, who had collaborated with Hitchcock and Reville on Murder!). When Hitchcock proposed Philip MacDonald (the London-born mystery writer who had built Hollywood cache with his Charlie Chan and Mr. Moto scripts), Selznick played nice and gave the greenlight.

A central conflict between Selznick and the Hitchcock team arose, however, when it came to the main character. Selznick, a believer in remaining faithful to source material, felt strongly that the second Mrs. De Winter should remain passive and girlish. He liked Rebecca because it offered a heroine whose inferiority complex he felt female audiences could relate to. Harrison, on the other hand, wanted to imbue her with more spirit; Hitch and Alma were in complete agreement that complex women were more engaging on screen than meek, childish ones. In Joan’s view, the second Mrs. De Winter should confront her own powerlessness.

Upon reading a revised treatment in June 1939, Selznick issued a 10-page memo to Hitchcock and the writing team. It was the kind of memo for which the producer was legendary. At its crux was how plucky the heroine had become and his reminder that she should remain docile, as in the book. “We bought Rebecca, and we intend to make Rebecca,” Selznick asserted.1 Joan would find that realizing her vision of the heroine was an uphill battle, so she turned her attention to replotting some of the story’s more sensational elements.

Even Selznick agreed that the movie would need to depart from the novel when it came to the events surrounding Rebecca’s death. Specifically, the question of Maxim’s guilt. In De Maurier’s novel, Maxim is a murderer. (Upon discovering that Rebecca is having an affair with his cousin, Jack Favell, and that she’s pregnant with Jack’s child, he flies into a fit of rage and shoots her.) In an innovative move, De Maurier ends the novel without sending Maxim to prison. Instead, the second Mrs. De Winter will carry on in a troubled marriage (knowing her husband’s crime). Hollywood censors would never approve of this storyline. It was in these script trouble-shooting sessions that Harrison experienced the rough-and-tumble ruthlessness of the American studio system firsthand.

Between intense meetings on Selznick’s boat and 72-hour benders at his home, everyone was put through the ringer. Finding herself in an off-hours boys club, Joan was forced to do a certain rendition of what Grace Kelly’s Lisa describes in Rear Window as “a woman’s hardest job: juggling wolves.” (Selznick’s lousy view of women is given thorough treatment in Karina Longworth’s “Portrait of Jennie” article in Slate as well as her podcast by the same name.)2 On Rebecca, Joan was learning the nuts-and-bolts of American moviemaking, yes, but she was also gaining a crash course in how to survive in the male-dominated world of Hollywood.

By late August, most of the script problems had been solved. An eleventh-hour epiphany by Robert Sherwood, the screenwriter brought in by Selznick to fill in dialogue, helped resolve the scene in which Maxim kills Rebecca. (If you haven’t seen the film, put it in your queue!) Joan would continue to work on rewrites, even while the film was in production, through the fall of 1939. She wrote over five drafts of treatments and scripts in all, developing the project over eighteen months. She also sat by Selznick’s side through the post-production process, which lasted into January 1940, taking six weeks to consult on the picture as Hitchcock moved on to Foreign Correspondent.

Harrison named Rebecca as her favorite film and her greatest achievement. It garnered her first Academy Award nomination (for best adapted screenplay). But even if she had not earned an Oscar nod, I’ll hazard a guess that she would have remained partial to this lush, gothic tale into which she put her heart and soul.